Its book of origins is one of the oldest in the world.

One of the most important breeds in the world.

It is the one that represents the elite of the Pura Raza Española (PRE). Known worldwide, these horses began to be bred in 1484 by the monks of the Jerez monastery of La Cartuja, from 1949 they were an icon of the Terry wineries and in the eighties they became one of the properties of the Rumasa holding company.

At present, the Yeguada de La Cartuja is owned by the State. All experts agree that the Carthusian horse represents the roots of the Purebred Spanish Horse (PRE) better than anyone else. 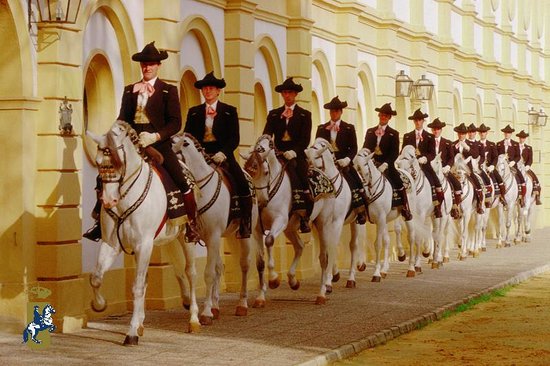 THE SHOW OF THE ROYAL SCHOOL OF EQUESTRIAN ART

Its objectives include the maintenance of various forms of traditional dressage and the Andalusian horse.

The Exhibition has several passes, in groups and individually, one of them is:

A group of riders dressed in cowgirl clothes perform various demonstrations on this discipline, which forces the horses to concentrate their strength in the rear third, in order to have sufficient agility in turns and pirouettes. The horse confidently accepts the help of the rider and slides down the track making changes of foot, arreones and stops necessary for the tasks with the cattle. 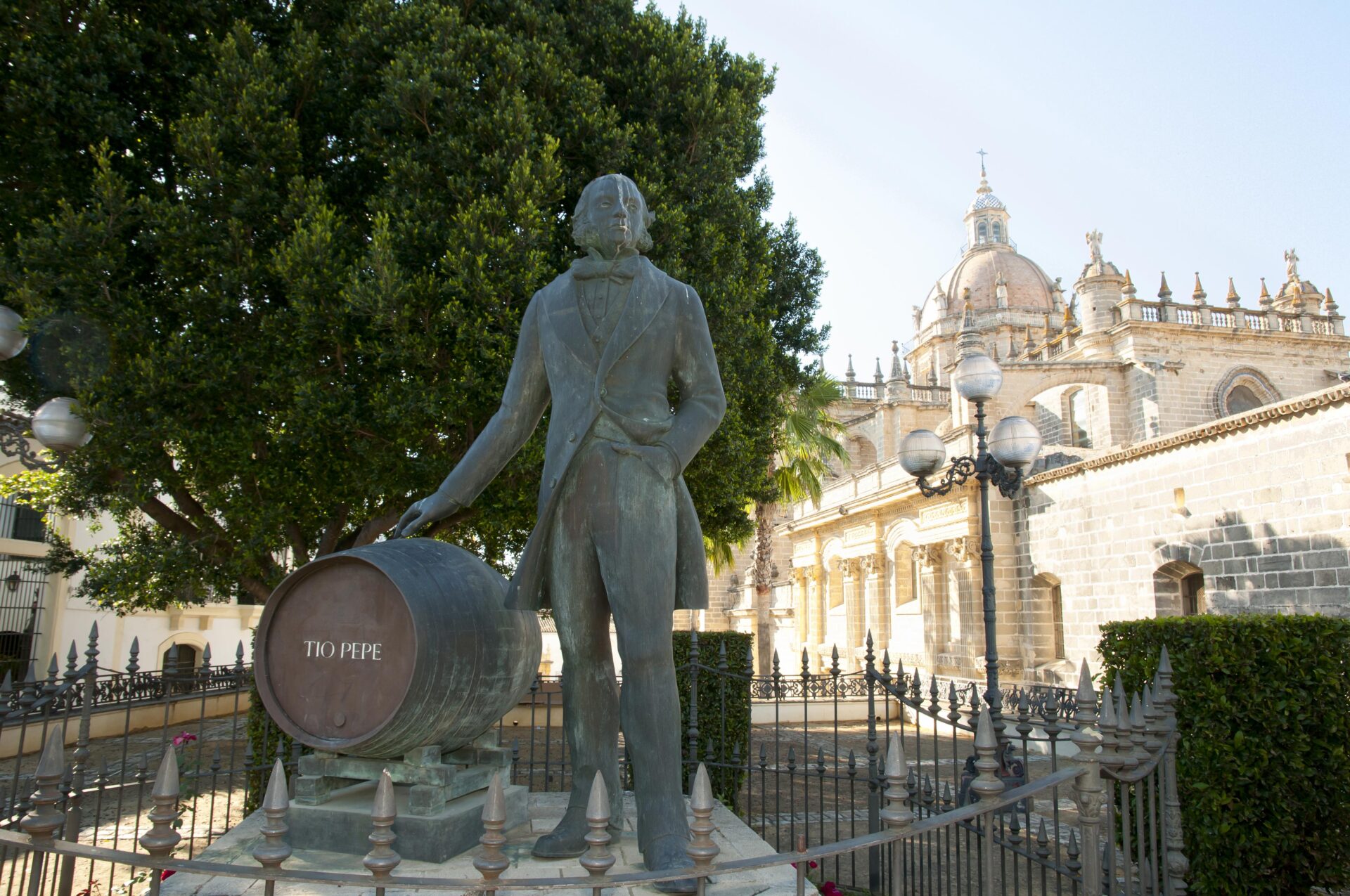 Excursion to Jerez with Horse Show, Wineries and Cádiz from Seville

01 day excursion to the city of Jerez de la Frontera and Cádiz. With a tasting of the authentic Jerez wine in one of the most emblematic wineries in the country. We will also enjoy a unique show in Europe: How the Andalusian Horses dance at the Royal Andalusian School. Lunch (not included) in Cádiz […]
From115 €
(22 Reviews)
View Details

ORIGINS OF THE CARTUJANO HORSE

The Carthusian lineage has its origins in the Jerez monastery of La Cartuja, which since 1484 and for at least three and a half centuries became the epicenter of the breeding of an elite Andalusian horse and home to one of the most famous and appreciated stud farms worldwide.

The Carthusian horse has a height that ranges between 1.60 and 1.70 meters, with a very muscular neck that during riding allows it to hold its small head upright and a stocky and well-proportioned body that translates into a figure and aesthetics. elegant.

Due to all its physical and morphological characteristics, it is a horse very well adapted to Mediterranean climates, with large nostrils that allow it to breathe the hot and humid air of these latitudes without problems.

The splendor of La Cartuja coincides in time with the expansion of the Spanish empire and arrives in the nineteenth century until 1810, when in the midst of the War of Independence, the monks who had created the “Iron of the Bell” from the best mares Andalusians have to hastily leave the monastery fleeing the advancing French troops.

At that moment of confusion, it is the priest Pedro José Zapata who miraculously manages to save the Carthusian horses from a more than probable dispersion and creates the “Iron of the Bocado” as a badge, a symbol that currently continues to identify the horses born in the Yeguada de The Cartuja.

CHARACTERISTICS OF THE ANDALUSIAN HORSES

Among the characteristic colors of the Carthusian horse we can find all the gray scales, shades that combined with a network of black spots make it easier for the sun’s rays that fall on the coat to disperse without burning the animals’ skin.

In 1857 the widow of Pedro José Zapata sold part of her stud farm to Vicente Romero and from then on the Carthusian horses became the currency of commercial exchange.

Passing from hand to hand until becoming in 1949 one of the most valuable properties of Fernando C. de Terry, who from the first moment decided to make them the image and icon of his wineries and wines.

To do this, little by little, it brought together most of the pure specimens that existed at the time.

Surrounding them with an impressive breeding and marketing infrastructure that turned into authentic “stars” some horses that visually stood out for their powerful chest and hindquarters, capable of making long distances without physical stress with a rider on the rump.

HISTORY OF THE ANDALUSIAN HORSE

At that time the Carthusian horses became State Heritage and in 1990 they were “transferred” to the public company Expasa Agriculture and Livestock.

The Carthusian horse stands out for its docility in training and handling, perhaps because genetically they have been accustomed to living with people for a few centuries and because it is a horse that, despite appearances, is very easy to satisfy and maintain.

In movement, the heirs of the Yeguada de La Cartuja are easily identifiable, given that they have a very characteristic elegance in their walk, a special and calm trot and because at speed they appear so relaxed that at no time does it seem that the stability of the rider, qualities that have made Carthusian horses the “object of desire” of horse riding enthusiasts around the world.

Currently, the Yeguada de La Cartuja can be considered the largest reserve of Carthusian horses and at its headquarters in the Finca de Fuente del Suero graze about two hundred animals that have as their sign the “Iron of the Bocado” created by Pedro José Zapata in 1810.

Discover about the Caminito del Rey
How to book, how to get there, types of visits, etc.


We hope you liked our article with the history of the Carthusian Horse.

0Shares
0Shares
PrevNext
We are using cookies to give you the best experience. You can find out more about which cookies we are using or switch them off in privacy settings.
AcceptPrivacy Settings
Open chat
Olá ! Posso ajudá-lo (a) ?