Complete and up-to-date information on the most fascinating city in Andalusia.

Seville attracts not only for its monuments , which in itself makes knowing it worthwhile.
The beauty of the city of Seville is also present in the color of its streets , the joy of its inhabitants , the spectacle of flavors that tourists can find in any bar in a corner of the city.

At various times of the year, Seville has something special to offer its visitors. Holy Week in Seville is undoubtedly the most important festival in the city’s calendar. Followed in the spring by the famous Fair of Seville, the bullfights and festivals in neighborhoods such as Triana, give a touch of joy that spreads to everyone.

The capital of Andalusia is acclaimed as a tourist city every year by various specialized media. Guides such as Lonely Planet have already placed the destination in 2019 as number 1 to visit. Seville ties with Berlin, Trieste, Marseille, Lisbon and Copenhagen.

At least, that’s the opinion of the newspaper British The Guardian, which published in December 2021 recommending a visit to the city. It It is true that the city attracts tourists of all nationalities.

It is estimated that, demand increases, the city has around 80 hotels and more than a thousand tourist flats. When several publications define the city as an essential visit on your vacation, the question arises:

Why does the city of Seville captivate so much?

To answer this question, we will see below:

What to do in Seville

The most emblematic monument of Seville.

It was built in 1929 for the Ibero-American Exposition and as a curiosity, in the Plaza de España in Seville there are 50 banks instead of 48, since at that time the Canary Islands only had one province.

On the other hand, Seville is not represented along with the rest of the provinces. The mural of Seville is located in another area of the square.

Some government and military headquarters are located in the Plaza de España. As well as foreign and naval departments.

Its impressive architecture has been the stage for some well-known movies, from Lawrence of Arabia, to Game of Thrones, mission impossible, etc.

If you like cinema, here I provide you with some films that have been made in the Real Alcázar of Seville

Currently there is a small artificial lake where you can rent small boats to enjoy a Venetian version of the square. It is also possible to visit the square when renting a horse-drawn carriage near the cathedral or when taking a guided city tour around the city.

What else to see in Seville

2 . THE CATHEDRAL AND THE GIRALDA OF SEVILLE

Visit the Cathedral of Seville and La Giralda

Considered the largest Gothic temple in the world, Seville Cathedral and its viewpoint known as La Giralda, is a very beautiful monument to visit.

Its altars and large stained glass windows, as well as side rooms that make up the catarral, make the traveler feel all the majesty of the place. In its construction, they said they were crazy to make such a monument. So much so that, in size as a Catholic temple, it is the second largest in the world, barely behind the Vatican.

With 33 ramps, at the top of the Giraldillo viewpoint it is possible to appreciate the city from a bird’s eye view and approach the set of gigantic bells.

It is possible to visit its decks, but, in general, the most popular visit are the guided tours, where incredible objects and stories are discovered, making the visit much more attractive. In it you will see the monument to Christopher Columbus.

Closed on Sundays. During Holy Week, Corpus Christi and other Catholic holidays the cathedral is closed.

(MISSA) On Sunday around 09:00 the mass begins in the cathedral, it is open and anyone can enter and attend free of charge. Just tell the security that you want to attend mass and they will make way for you.

Visit the Real Alcazar of Seville

The Palace built in the time of the Muslims has not been modified, the Catholic Monarchs who came after have even enlarged the Palace and added other rooms.

In it it is possible to enter the Hall where Christopher Columbus met with the kings to plan his maritime expeditions to the New World. We will also appreciate tapestry rooms that are true works of art. Not least, there are patios with Arabic writing and beautiful vaulted ceilings.

Want to see in Seville during a pleasant afternoon!

Next to the Real Alcázar of Seville, the Santa Cruz neighborhood is a charming place with its narrow streets, houses with Andalusian architecture, patios with fountains, typical tiles and many flowers. The neighborhood is ideal for walking at any time of the day, there are good restaurants, squares and endless souvenir shops. The visit to this small neighborhood is done on foot, in general if you hire some guided tour it will surely take you to see the main streets. 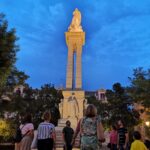 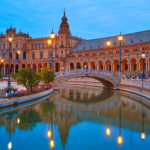 Visit to the Plaza de España and María Luisa Park 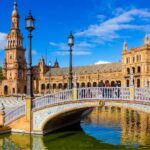 Visit Seville with a Boat Trip 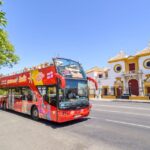 Hop On Hop Off Panoramic Bus 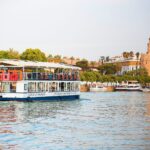 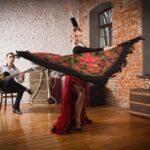 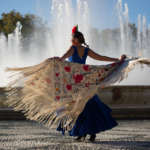 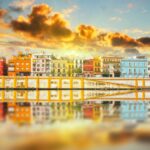 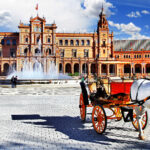 Other tourist attractions in the city of Seville

What to do in Seville

Crossing the Guadalquivir River, which divides the city of Seville, begins one of the most emblematic places in the city of Seville. Triana neighborhood . Very original and with its own identity, Triana is almost as if it were a city within another. I recommend visiting Calle Betis, Calle San Jacinto and Mercado de Triana (next to the bridge) . You can also visit the Ceramic Museum, an Andalusian art documented in historical tiles.

Church of the Macarena

The city of Seville is full of convents, churches and parishes. With great Catholic devotion, the city has the best-known Holy Week in Spain. One of the most visited churches and that has a large number of faithful, is the Church of the MAcarena. Its procession is the high point of Holy Week. The church is open every day for visitation, next to it there is a small museum and a souvenir shop.

STRONG POINTS that make Seville the most visited city in Andalusia.

The city can boast that it has a very good climate throughout the year, the rainy season is from January to March, but it rains very little. It is true that the hot months of July and especially August are, mainly for local residents, the ideal time when they seek to escape from the city towards the beaches of Huelva or Cádiz. But, over the years, tourism has increased a lot in the capital of Andalusia, being visited by tourists of the most different nationalities, such as Germans, French, Japanese and from the Americas.

There is much to see in Seville

The traveler likes to walk around the city, on a flat surface, in Seville you can easily walk through the entire center of the city, with which, in times when we value free and open spaces more, the city is a full plate! The streets are always full of tourists and passers-by who enjoy a walk appreciating its architecture, squares and flowery and colorful corners.

Communication is the strong point of the city. Many urban bus lines, the transvia, but the airport and the Santa Justa Train Station are the main points of arrival for tourists to the city. The train is practically less than 2 km from the city center and the airport is 18 kilometers away. There is an airport bus service that facilitates the transit of travelers. (below I will give you + information).

Where to stay in Seville.

In the city, you will find good deals at very competitive prices. There are from hostels to Grand Luxury hotels, not to mention an infinity of tourist apartments that complete the accommodation offer so that you have sweet dreams in Seville. 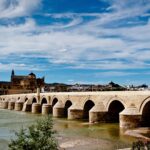 Visit in Córdoba the 3 cultures: Jewish Quarter, Synagogue and Alcázar 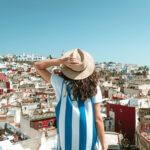 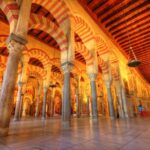 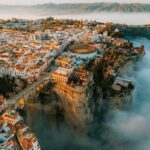 Excursion to Ronda from Seville 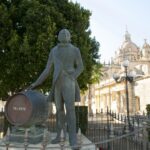 Excursion to Jerez with Horse Show, Wineries and Cádiz from Seville 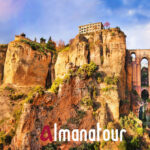 Day Trips to Ronda and the White Villages

A walk through the center of the city of Seville is relaxing and enriching. The central streets of the city, full of historic buildings and others with a touch of modernity that have been restored, offer the visitor an idea of what Seville is today. The city is transformed every day.

We are using cookies to give you the best experience. You can find out more about which cookies we are using or switch them off in privacy settings.
AcceptPrivacy Settings