When you book with an account, you will be able to track your payment status, track the confirmation and you can also rate the tour after you finished the tour.
Sign Up
4076
Availability : June 18-19
Min Age : 8 years old
Max People : 50
DetailItineraryMapPhotos and videosOpinions

An unforgettable getaway to southern Spain. We will visit the famous village of Setenil de las Bodegas with the houses built under a large rock, the Millenary and mythical city of Ronda and we will make the trail of the Caminito del rey, the most famous route in all of Andalusia.

Departing from several cities in Portugal.

If you prefer you can book by email or whastapp

Place and time of departure and return

Departure by bus from:

Departure by bus from:

Approximate times will be reconfirmed before departure.

Departure at the scheduled time in the direction of Andalusia with brief stops to the Serrana region of Ronda. we will make a brief stop to meet the villarejo de Setenil de las Bodegas. Marked by a large rock that covers the main street, it looks like a Christmas nativity scene with white houses through the mountains and beautiful views of the Grazalema mountain range.

After meeting the village of Setenil de las Bodegas, nsso próximod estino is the city of Round, round. Lunch included in local restaurant and free time to stroll. Ronda is an ancient city located on two rocks that sits on a plateau separated by a deep cut excavated by the Guadalevín River. The Image of this bridge, which low forms an arch is one of the photographs that best identifies the city.
Ronda stands out for its architecture and historical importance in the famous Taurus races that boasts the oldest Bullring in all of Spain.We will visit the Casco Viejo (city center) and stroll through its famous white streets. Highlight the Church of Santa María la Mayor that stands on the old mosque of the city, a building of the 13th century that still remains the remains of the mirador. During our visit we will observe the view of the famous Serra de Ronda with the Blancos pueblos.

We can not fail to highlight the famous Ponte Nova, in Spanish Puente Nuevo built between 1759 and 1793. the City Postcard.
At the end of the visit we will continue to the Hotel La sierra in Antequera. Dinner and Accommodation.

Today awaits us a great day ! After breakfast we will go out to meet our guide and take the tour of the Caminito del Rey. Throughout the morning, we will go through the 7 kilometers making some stops for photos and enjoying a unique and breathtaking landscape.

When we finish our tour, we’ll have lunch at a restaurant in Ardales. Then we will continue the return trip to Portugal.

PIs it safe to do caminito?

This Route was completely renovated by the government of Spain, the work was carried out to ensure total safety to tourists who comply with the standards of the walk.

PCan I bring trekking staff or any support to make the route of The Caminito del Rey?

A – Entrance with walking sticks, sticks, selfie stick or included umbrella is not allowed.

A – Anyone who walks normally and has no motor skills will be able to take this tour. The pace of walking is very moderate, the guide makes some stops for explanations about the local geography and the construction of the walkways.

PWhat is the minimum age to visit Caminito?

A- The age limit for entering caminito is at least 8 years of age. All participants must carry ID or passport.

PDoes the trip include any Insurance?

There is the possibility to additionally book a CANCELLATION INSURANCE, for COVID or other issues that is not included in the price of this trip. In this case, the customer must pay the total amount of cancellation insurance (10€ per person) at the time of contracting the trip.

Cancellation insurance must be paid in full at the time of booking the trip.

PIs it possible to book and pay later?

Yes, you can book the vacancy and, within a maximum of 15 days you must pay at least 10% of the total amount of the trip.

When booking, in the last step you will see the OPTION TO BOOK AND PAY LATER. Click there to see if your booking has been confirmed.

Yes. The caminito can close without notice for bad weather. In this case, it is a force greater, since we cannot predict weather conditions in advance. Still, we know that late June is a good month to perform this tour. In case of closure, we will substitude the tour to the Green Route of the Torcal of Antequera. It is also a very beautiful Hiking Trail in the city of Antequera. With this replacement, we will not return any import of the trip, nor the entrance to the Caminito del rey.

A – To reserve the actividade, choose the date, fill in your data and then the options to choose the starting point will appear.

PHow is the seat marked?

We do not reserve a seat, as the lisbon or Algarve route is done in different buses that come together in Faro. Therefore, we will give preferred the order of the reservation, that is, the first reservations will have the front seats during the final journey.

I travel alone, but I'd like to break up the room.

The supplement for those traveling alone is 22€ (room value). Make the individual reservation, if you can get someone else to share the room, we modify the reservation. However, if you do not have another individual fee up to 30 days before your departure date, you will be charged the individual supplement.

PWhat are the payment methods?

A- Payment can be made through credit card or bank transfer. We also have the ATM option. For this last option, send us an email and we will send the code for ATM Payment.

Are there triple rooms?

Yes. There are triple/double or invididual rooms.

Is cancellation insurance returned if you do not use it?

No, because it’s not a fee. Remember that the trip already includes compulsory insurance, but what does not include is cancellation insurance.

When making the reservation, the customer accepts the conditions of the published offer and the conditions set out in the questions about the closing of Caminito del Rey.
If you do not take out cancellation insurance, in the event of the trip due to force-major (covid-19, illness of a direct family member or other conditions exposed in the pisera), the customer will lose 100% of the import paid from the 60 days prior to the date of departure.

The evening will be held at Hotel La Sierra de Antequera.

It is a simple hotel, suitable for overnight during visits to the Caminito del Rey. The Hotel is catalogued with 4 stars 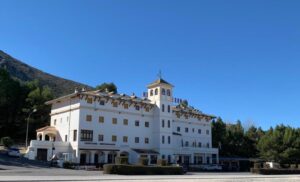 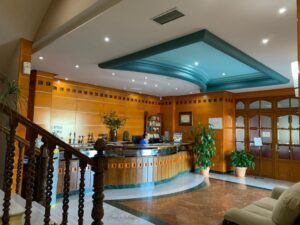 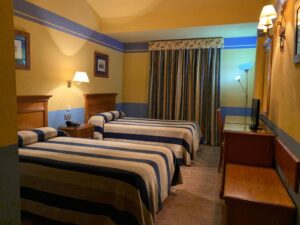 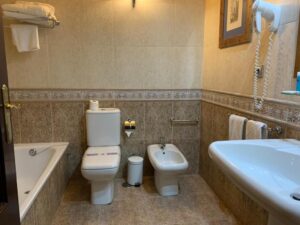 El hotel is situated in el corazón de Andalucía, con fácil acceso a la autovía A-45. Ofrece aparcamiento free. It is only 25 minutes from the aeropuerto de Málaga and about otras ciudades importantes.

What can I expect from this tour?

What do they say about us!

What do they say about us!