Rabat: the second most populous city in Morocco

Let’s visit the city of Rabat , the capital of Morocco . It is located on the south coast of the Atlantic coast, specifically at the mouth of the Bu Regreg river , its surface is 418 square kilometers. With a population of 1,622,860 inhabitants, it is considered the second most populous city in Morocco.

Talking about its history is to lose us in centuries of time. It all started in the third century BC. It was a settlement called Chellah . It happened to be a settlement by the Romans, which took over for a while.
Much later, he became dependent on the French administration; it even had relevance in World War II. However, time has grown its magnificence.

It is appropriate to point out that the climate of Rabat Morocco is of the temperate Mediterranean type which is characterized by having cold winters at average temperature, while the coldest season is 12 ° C.

On the other hand, precipitation and wind gusts are abundant in winter. At the same time, in summer, the Atlantic Ocean emits a breeze that softens the temperature in the hottest month like May with 22 °C.

The best months to visit this city are May and October, why? the daytime temperature is usually between 17°C and 23°C. With respect, sports in Rabat are football fans.

As well as horseback riding, which is a very popular sport for the royal family. Not to mention that they have a beautiful national stadium (Moulay Abdellah) that was built in 1983.

What to visit in Rabat?

It should be noted that the historic center of Rabat has several buildings and squares, in addition, this place was declared a World Heritage Site by the prestigious Unesco in 2012.

Likewise, a tourist wonder of Rabat is the Kasbah des Oudaias, which refers to a neighborhood made up of blue-painted houses. Inside you will find the most interesting archaeological museums in Morocco. However, what makes your stay in Kasbah des Oudaias unique for its wonderful view of the sea. 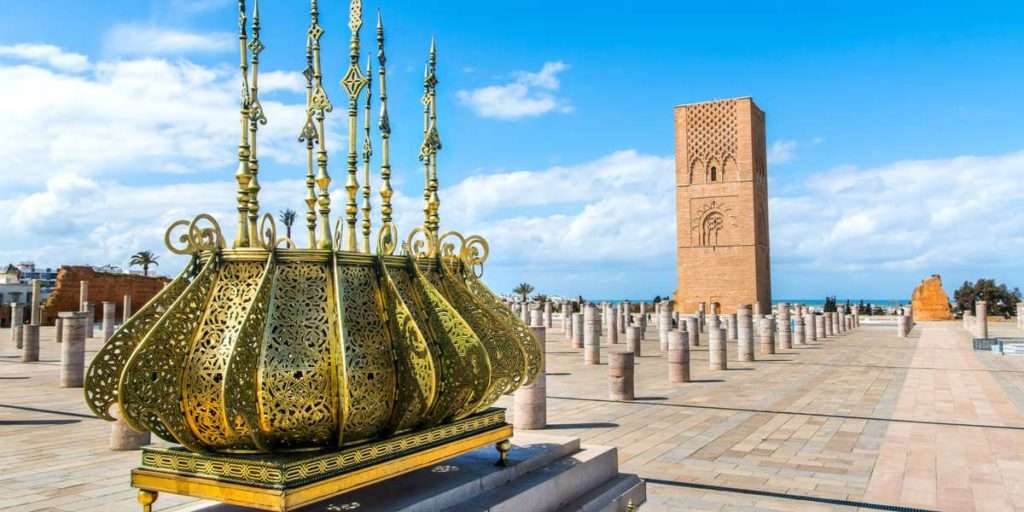 Likewise, Rabat has important architectural works, such as the Hassan Tower. It was completed in the 12th century under the orders of Sultan Yacoub Al-Mansur.

It is considered one of the largest mosques in the world, with 44 meters. The Hassan Tower is an emblematic and must-see point on your trip to Rabat. 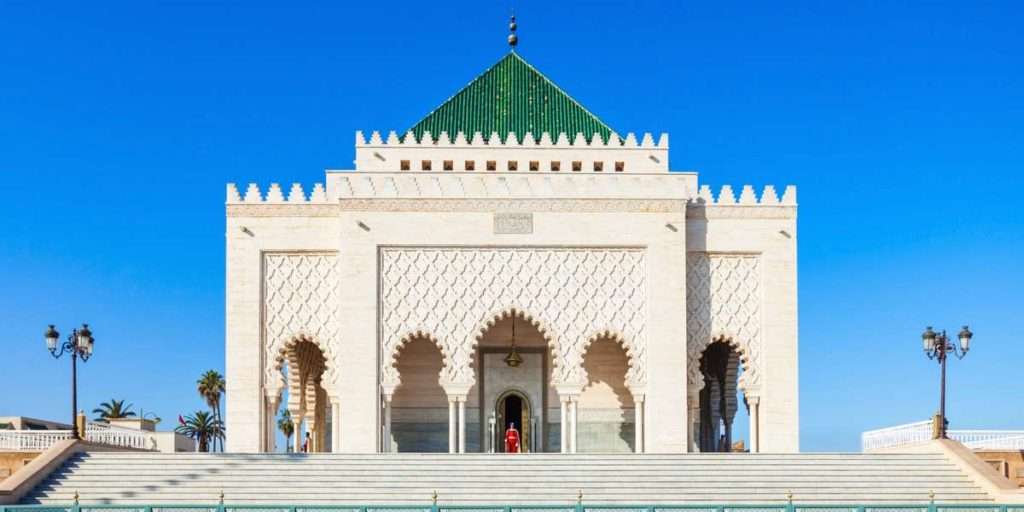 The Mausoleum of Mohammed V

Next to Torre Hassan we can find the Mausoleum of Mohammed V , it is a family pantheon belonging to the Alauís.

The construction of the mausoleum was formed using the finest Italian white marble. In addition, travelers who love Muslim culture or are curious will find a real gem that exalts the Muslim past. 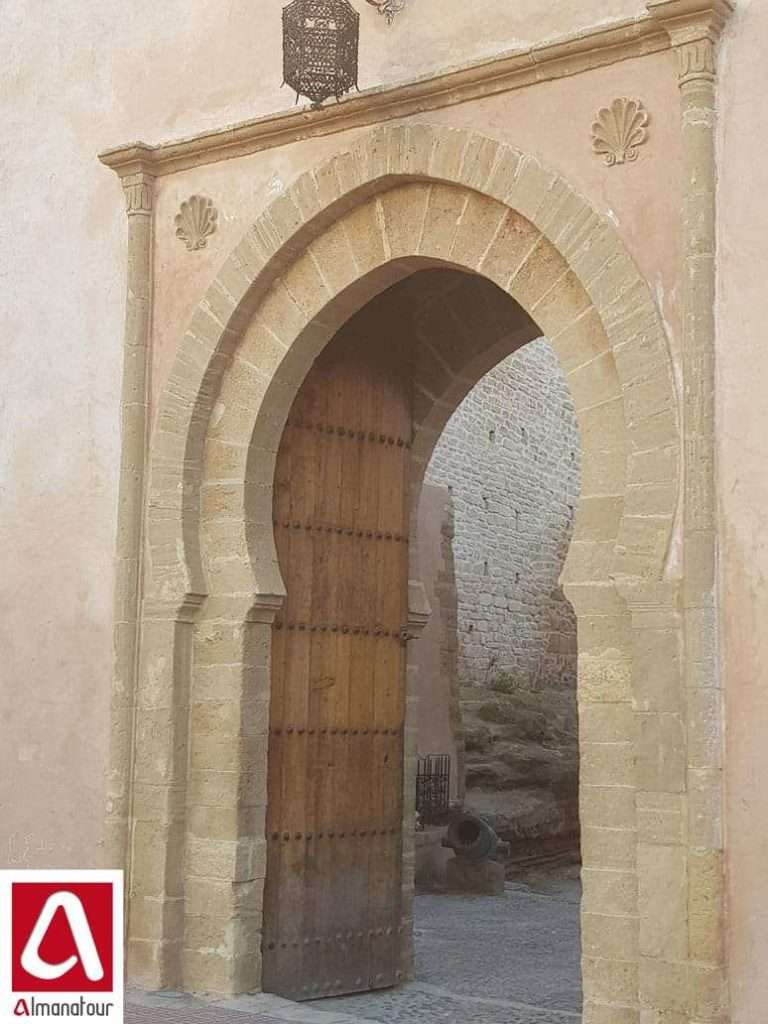 the medina of Rabat

It is appropriate to point out that Rabat has its own Medina , which makes it a great city to travel to.
Its walls stand out for being very well preserved.
Inside we can see the Jewish quarter and the popular souk , where we can buy local handicrafts.
This medina is a very popular place for local and foreign tourists, who do not miss the opportunity to take pictures.

The Ville Nouvelle of Rabat

It’s worth noting that Ville Nouvelle is a must-see in Rabat. Its construction was in the beginning of the 20th century by French artists, who had the purpose of building a residence for European employees.
Its streets are straight and very wide that contrast with the narrow medinas. Currently, La Ville Nouvelle is the seat of executive and political power in Rabat, as is the Parliament of Avda Mohamed V and the Royal Palace of Bab Soufara .

Likewise, Rabat has become an excellent place to enrich yourself with ancient culture and traditions. The Archaeological Museum has a large collection of Roman objects that were recovered from the cities of Lixus and Volubilis .
The best thing about this cultural site is that La Chellah is located nearby, it is a curious garden where the oldest remains of the city are located. As a curious fact, in Rabat there is the ancient Roman city, with some buildings built in the Islamic era. 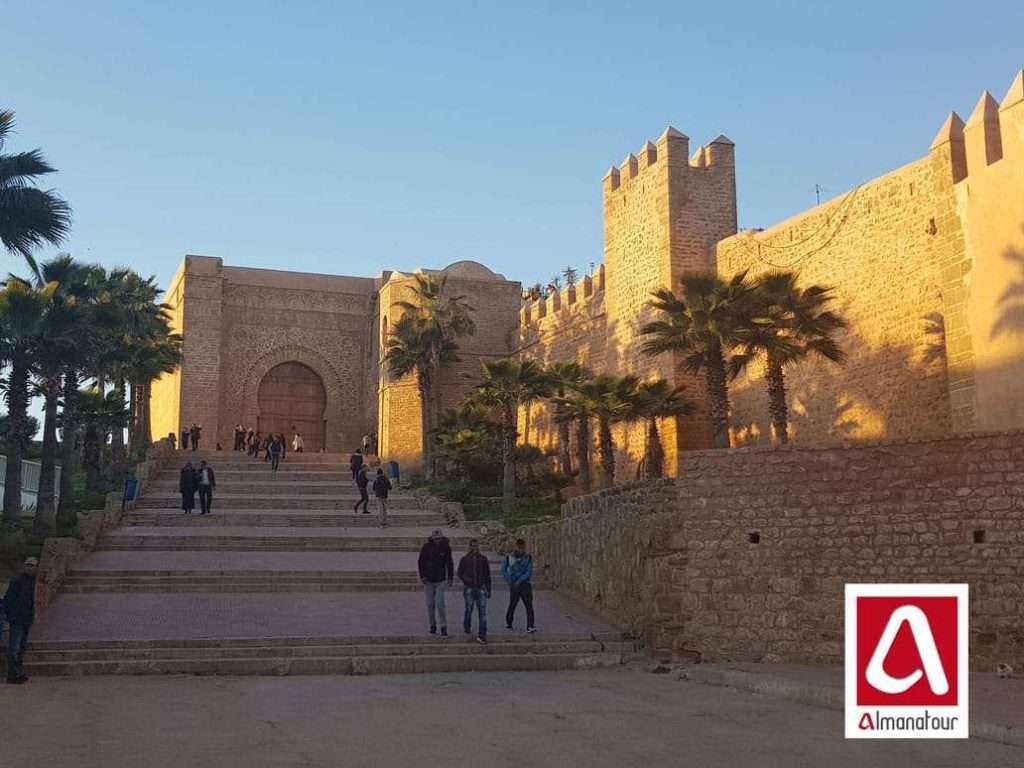 It should be noted that Rabat Morocco is home to important places for tourism and knowledge of Muslim culture. For example, the Kasbah of the Udayas .
It has its epicenter in the mouth of Bu Regreg. This river divides two cities, Rabat and Salé. In 2012, this destination was declared a World Heritage Site.
Upon entering the Kasbah there is a cafe where you can have mint tea and a typical cake while enjoying the view of the river. 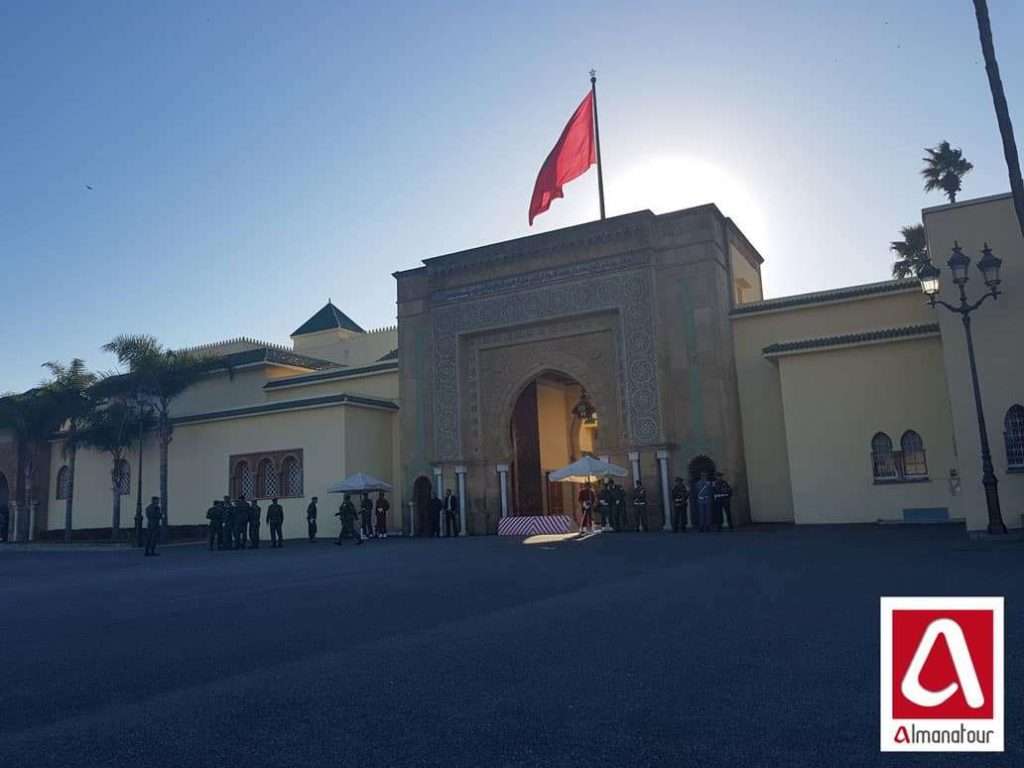 Visit to the exteriors of the Royal Palace . In all the great cities of Morocco the King has a Palace. In the case of Rabat, it is the main residence, as it is the country’s Capital Palace. Groups will visit the exteriors daily (entry is prohibited)

The Necropolis of Chellah

Likewise, Rabat offers its surroundings several places to relax, such as the Necropolis of Chellah, an ancient Roman and medieval complex. Located just 2 km from the center of the metropolis. In addition, it concentrates the largest agglomeration of people in Rabat.
It is worth noting that the necropolis gate is flanked by two semi-octagonal towers that open into a modest but beautiful ten-hectare oasis.

Likewise, the majestic cathedral of San Pedro in Rabat is a beautiful work worth visiting. It was contributed in honor of San Pedro. It is located in Plaza Golan, formerly known as Plaza del Cardinal Lavigerie.

It was built in 1918 by the great architect and builder M. Laforgue. Currently, the cathedral maintains its activities of a religious nature, especially its Sunday mass. See here for more information about the Cathedral of Rabat

It is worth mentioning that in Rabat the Dar-al-Mahkzen is located, it refers to the main and official residence of the King of Morocco. Its extensive gardens and other surrounding areas were designed in keeping with French formality and Arab traditions.
The palace is located from the mechouar. Its buildings are in keeping with traditional single-family houses. The palace contains the Royal College, a library with a collection of manuscripts by Hassan II and a cooking school.

WHERE TO SLEEP IN RABAT

There are many hotels and some riads in Rabat. We recommend looking at BOOKING.COM Hotels and tourist apartment deals in the city.


Mode of transport in Rabat

Remember that Rabat is a very modern city, with a wide variety of means of transport. Regarding the aerial area of Rabat, it is connected through the airport of Rabat-Salé, it is located about 7 km from the city center.

It is very easy to take transport in Rabat. . They can be found at the main station in Rabat-Ville. In the same way, about 100 kilometers you will find the airport of Casablanca, it has international destinations and connection by train.

Likewise, Rabat has developed an important railway communication, essential for any tourist to get to know the city better. In Rabat, there are several train lines with intercity routes, with destinations such as Tangier, Fez and Casablanca.

There is a project within 2 to 3 years (2020) to deploy the High Speed train, modern as in Europe with double decks and reach up to 160 kilometers per hour. The main stations in the city are: Salé, Rabat Agdal and Tabriquet. At the moment, a tram service is being built to communicate Rabat and Salé, it is planned to have 32 stations. Read more about Train in Morocco

Likewise, in the automotive area, small vehicles for traveling around the city are best. Also, taxis are the most comfortable cars to get to know Rabat. The main taxi stops are located in central and busy areas. Taxi in Morocco
Their prices vary according to travel time, as well as nightly rates go up considerably. There are large taxis that can transport up to 6 passengers, the most popular destinations being tourist areas and the airport.

It is this same order of ideas, we say that in Rabat there are traditional transport lines that run through the city with good frequency. There are bus routes that reach tourist places known for excellence.
I suggest that before going up, ask if the bus goes to the place you want to visit, it is very common for tourists to take buses for other routes.

In fact, Rabat Morocco has many interesting places to visit, we can get new knowledge about the language, culture, traditions and other important aspects for any traveller.

It is true that most tours only visit two or three tourist spots : the Kasbah of the Oudayas , the exterior of the Royal Palace , the Mauosleu and the Hassan Tower (which are together).

Finally, if you’re still wondering what to see in Rabat? Better not wait for me to keep talking about the reasons for going to Rabat on your next vacation and look to Almanatour Travel to book this tour . We suggest some offers with a visit to Rabat at the best prices.